Why React Native as an Exciting Technology Make Developers Going Gaga Over It?

Undoubtedly, mobile apps are the future of all businesses. If you know how to leverage them rightly, you are about to get success and good ROI. Building the right mobile app for your business is essential to get things on your side. There are lots of frameworks around that developers use for making fast and secure mobile apps. React Native is such a valuable asset for app development companies. According to a 2020 developer survey by research company Statista, React Native is the most popular cross-platform mobile framework used by 42 percent of software developers globally. It means more than one-third of mobile developers use cross-platform technologies or frameworks, not native tools. Read the content and know why new trends make React Native app development exciting and developers favor the framework.

React Native is a perfect web app development tool that builds high-end applications like Uber and Instagram. When it comes to reusing existing codes for desktop or web apps, React Native app development induces a big difference. Please have a look at some of the aspects that favor Flutter and give it an edge. These include:

Hybrid app platforms are contributing to poising the user experience and development cycle. React Native is globally renowned for building complex hybrid apps with its’ advanced natural features. React Native is alive and thriving. The React Native 0.62 version is loaded with new features and tools, like 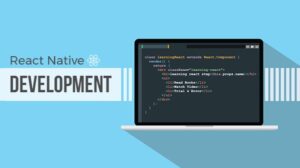 Prototyping, wireframes, and mockups; quality assurance and app testing; app support and maintenance; custom react native app development; integration of AI and ML capabilities, and server-side API integration are some of the services that you can get for making your mobile app a success in the competitive scenario.