Why is API Test Automation Right for Written API for Software?

Automated testing has a significant role to play when it comes to defining API strategy. The same role becomes pivotal for determining API compliance, functionality, security, and performance. Nowadays, the acceptance of automation testing services is rising high among business enterprises. The prime reason behind this upsurge is less turnaround time and enhanced efficiency in the software development cycle. GM Insights, a market research company, states that the size of the automation testing market was $15 billion in 2019. This market size is supposed to grow at $35 billion in 2026 at a 15% compound annual growth rate (CAGR). API is vital for communication between two different apps. Most APIs are used to abstract the business logic and direct database access to any app. Read the content and learn how API test automation makes a big difference to your API testing needs.

The API is the set of tools, protocols, standards, and code. APIs let business organizations become more agile due to the dynamic nature and capabilities of APIs. The API testing means the testing of APIs at the integration and service level. Three prime layers separate the entire system. These include the presentation layer, business layer, and database layer.
• Presentation Layer (User interface) – This layer relates to the user interface (GUI). It is open to end-users. It is the layer for QA experts to perform functional testing.
• Business Layer (Application user interface) – This layer relates to the application user interface for writing logic. This layer belongs to the code/algorithm.
• DataBase Layer – This is the layer where application data is present.

Remember that the API testing is done on the business layer.

You simply need help from a test automation company to ensure the security and functionality of your APIs. API test automation guidance makes way for improved quality and reliability of a software or app product. Primarily, test automation experts help you get the following benefits. These include:

API test automation should meet regulatory requirements. It is wise to use a standard test platform that is certified to test conformance against common open standards. 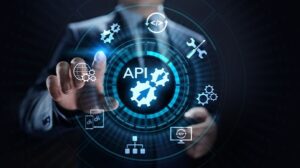 Although automated testing is complex in the world of software development, yet some business owners give the least priority to the importance of testing. This ignorance can make them adjust to the compromised performance of app products. Check here what API test automation offers to a bunch of developers.

• It simplifies integration and regression testing in an Agile environment
• It allows API calls and integrations with third-party systems.
• It consumes less time when it comes to making changes in complex solutions.
• Faster and more thorough software testing means
• It ensures a shorter time to market and faster release cycles.
• Thorough software testing means faster feedback and better adaptation to users’ needs.
• API test automation exposes integration issues across the entire system.
• It saves enough time and effort and helps you in taking immediate action.
• It gives product companies an edge when it comes to analyzing data coming from external resources.
• API testing is critical for product quality and continuous intergration and continuous development (CI/CD) processes.
• It confidently copes with short release cycles and frequent changes.
• Faster testing, reduced costs, and better test coverage make API test automation a perfect choice for all.

A large number of people believe that API test automation is limited to functional testing only. But the scenario is different. Once you have written your test scripts and automation framework, you can also try out two other test types: Load and security testing. The former testing type helps you know your app will perform under unexpected situations and handle concurrent requests in a timely manner. The latter API testing type lets you check the API for security vulnerabilities concerning user access control, user authentication, and data encryption issues. A mature and skilled software development company can offer unique API test automation solutions.