An effective CI/CD pipeline depends on proper automation using the appropriate technologies. Here's all you need to learn about scalable CI/CD pipelines.
May Sanders Nov 29, 2022 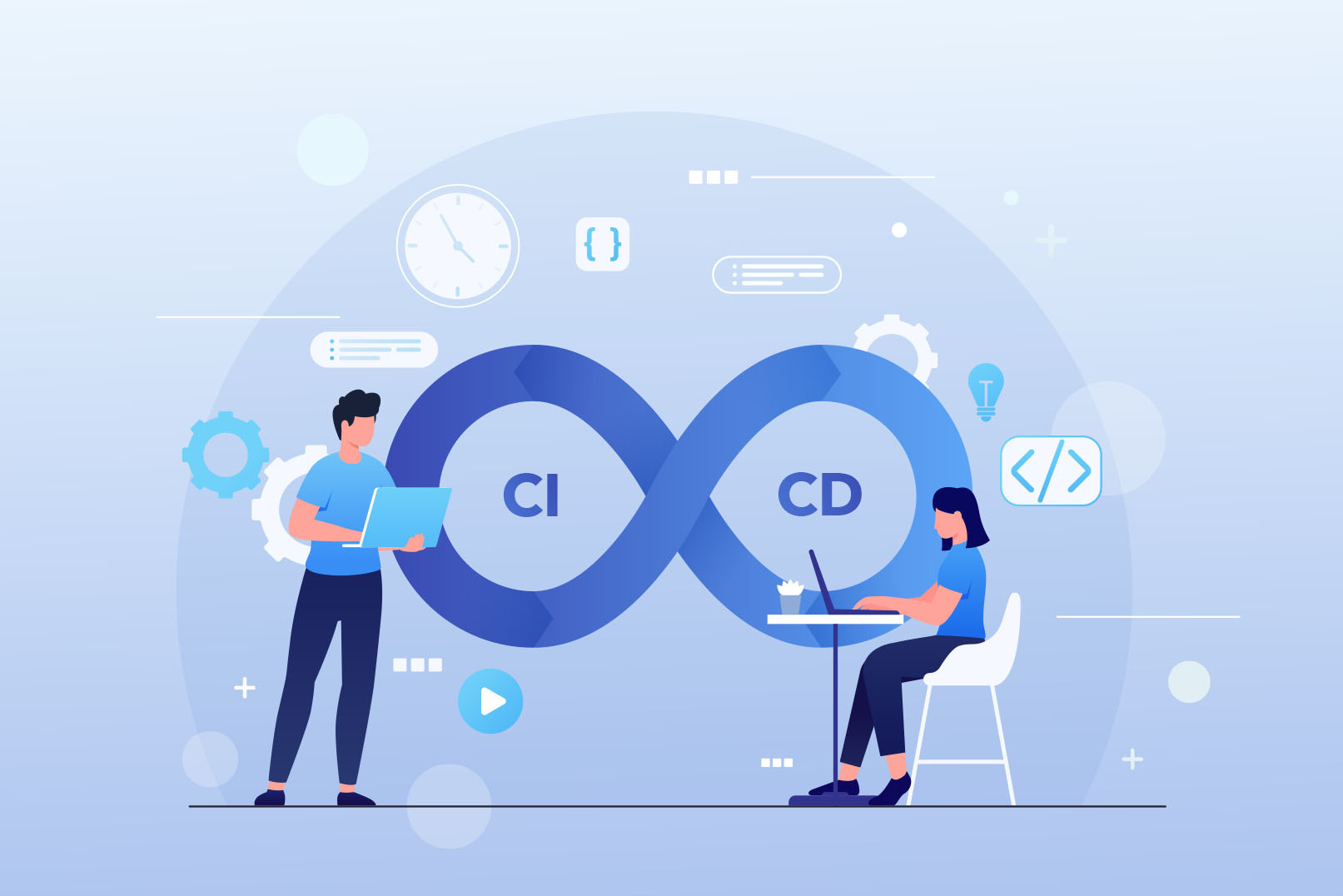 As a fundamental component of the DevOps lifecycle, modern software development companies necessitates the use of a continuous integration and continuous delivery pipeline. The CI/CD pipeline has steadily grown into a success factor for delivering bug-free code at a high rate of production. In the modern age, software release cycles no longer exceed a month, and customers actually enjoy momentum! Therefore, it is not a surprise that companies are investing considerable effort into creating a scalable CI/CD pipeline that benefits developers, end users, and themselves.

However, automation plays a significant role in its effectiveness. The best CI/CD technologies must be chosen in order to deploy continuous integration and continuous delivery in a meaningful and efficient manner throughout the software delivery cycle.

Learn about the fundamentals, key phases, characteristics, and use cases of a correct setup CI/CD pipeline, which ultimately results in a quicker and more flexible DevOps lifecycle.

What is a CI/CD Pipeline?

Continuous integration is a technique used by application developers to make complex code modifications when errors constantly appear in the main branch. This procedure is automated based on the scale of the requirement and the number of objects that need to be altered and sent for testing till continuous delivery.

Continuous Deployment is the first stage after delivery. It can be employed to automate testing by distributing products continually once modifications are made, resulting in a huge number of production deployments, depending on whether regulatory regulations bind the organization.

The CI/CD pipeline is a key component of the DevOps methodology, a set of coordinated actions that propels software development by creating code, executing tests, as well as adopting innovative software versions across all required environments.

The CI/CD pipeline’s ultimate goal is to reduce human error and produce a consistent software release by automating repetitive tasks. Development teams may work more quickly and enhance the quality of the software and other DevOps KPIs by automating key stages of the continuous integration and continuous delivery process. 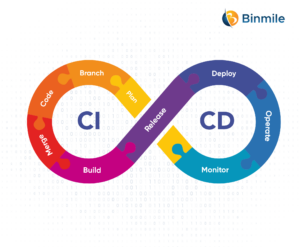 Automating almost all the processes, from writing code to delivering the newest update to production and broadcast, can drastically shorten Time To Market. As a team produces a better solution in much less time, it generates more income and adds value for the client and end-user. The advantages are clear and simple to measure.

There are several ways that CI/CD automation lowers expenses. The quicker production cycles enable the teams to generate more in less time. Implementing Infrastructure as Code can greatly reduce the use of cloud resources. Simple scaling reduces waste in your CI/CD pipelines.

A team must constantly communicate in a DevOps setting where CI/CD pipelines remain in use in order to promote some level of accountability. While continuous delivery assists in obtaining the necessary client input, continuous integration focuses on providing the development team with feedback on building and merging issues.

In addition to accelerating the merging and testing process with DevOps continuous integration, it leads to more consistent build processes, which ultimately reduces the risk of poor user experience.

Also Read: Security Will No Longer Be an Afterthought in DevOps Pipelines

Stages of a CI/CD Pipeline

A CI/CD pipeline often consists of a number of scripts that needs to be executed in a precise order in order to accomplish a single objective. When a code is submitted at the pipeline’s beginning, it goes through several phases before being deployed as production-ready code.

The four main stages of the CI/CD pipeline are – source, build, test, and deploy. Each stage adheres to appropriate standards, thorough procedures, and particular instruments.

Let us have a brief understanding of each of these stages –

In this initial stage, the developers are required to translate components into working algorithms, behaviours, and features. The continuous integration tools used for this stage primarily depend on the programming languages used and code-checking features, including vulnerability screening, fundamental mistake identification, and compliance with recognized coding standards.

The CI/CD pipeline is activated whenever a predefined flag in the application or code repository changes. However, other frequent triggers include user-initiated or periodically programmed workflow, feedback from other pipelines, and so on.

Commonly used tools in this stage include-

In this stage, in order to create an executable file, the CI/CD pipeline pulls source code from the repository, connects it to pertinent modules, dependencies, and libraries, and creates an executable file. In addition to writing code, build automation entails employing tools to check the security of the code and whether it adheres to the best CI/CD principles.

In the meantime, tools employed during the build step also produce process logs, check the code for grammatical and programming issues, and alert developers when the code is finished.

Standard tools used in this stage include-

After the source code has undergone static testing, the build moves on to the dynamic testing stage, which usually begins with the fundamental building block or functional testing. The build is then put through a variety of tests, including smoke testing, regression testing, compliance testing, integration testing, and end-to-end testing (E2E), among others, to ensure that it functions as intended.

Depending on the project’s scale and complexity, this step can last anywhere from a few seconds to several hours. Test specialists use test tools but develop extremely specific test cases and requirements.

Commonly used tools in this stage include-

This stage is primarily modified to enable the appropriate deployment approach, including blue-green, canary, and in-place deployments. Naturally, deployment entails extra safety measures and live testing intervals, such as beta tests, A/B tests, blue/green tests, etc., to roll back unexpected mistakes and reduce the business effects. This phase involves packaging approved code as an artefact, deploying it to a staging environment first, then to QA, and finally to production.

A container orchestration service that is fully managed and tightly integrated with the rest of the AWS infrastructure.

An entirely managed CI service that compiles source code, runs tests and packages the source code for distribution. The builds do not need to stand in a queue because CodeBuild continually scales and can handle numerous builds at once.

Lambda-based serverless application deployment can be automated using a highly durable and fault-tolerant CI/CD pipeline. By abstracting the network, servers, and operating systems, serverless computing enables contemporary developers to concentrate on application development. As a result, creating CI/CD pipelines for serverless architecture differs somewhat from doing so for traditional design.

ML models are often used to develop, train, test, manage, deploy and monitor code repositories in a cloud-based environment. Kubernetes has grown to be a popular alternative for many enterprises to run their CI/CD pipelines due to its many advantages and an impressive array of use cases in the cloud-native environment. With an easy-to-use user interface, this container orchestration tool speeds up coding.

In order to keep up with the growth of the project, more developers will be working on the software, causing the CI/CD pipeline to be a bottleneck. In such cases, any degree of automation can improve the entire software development process. 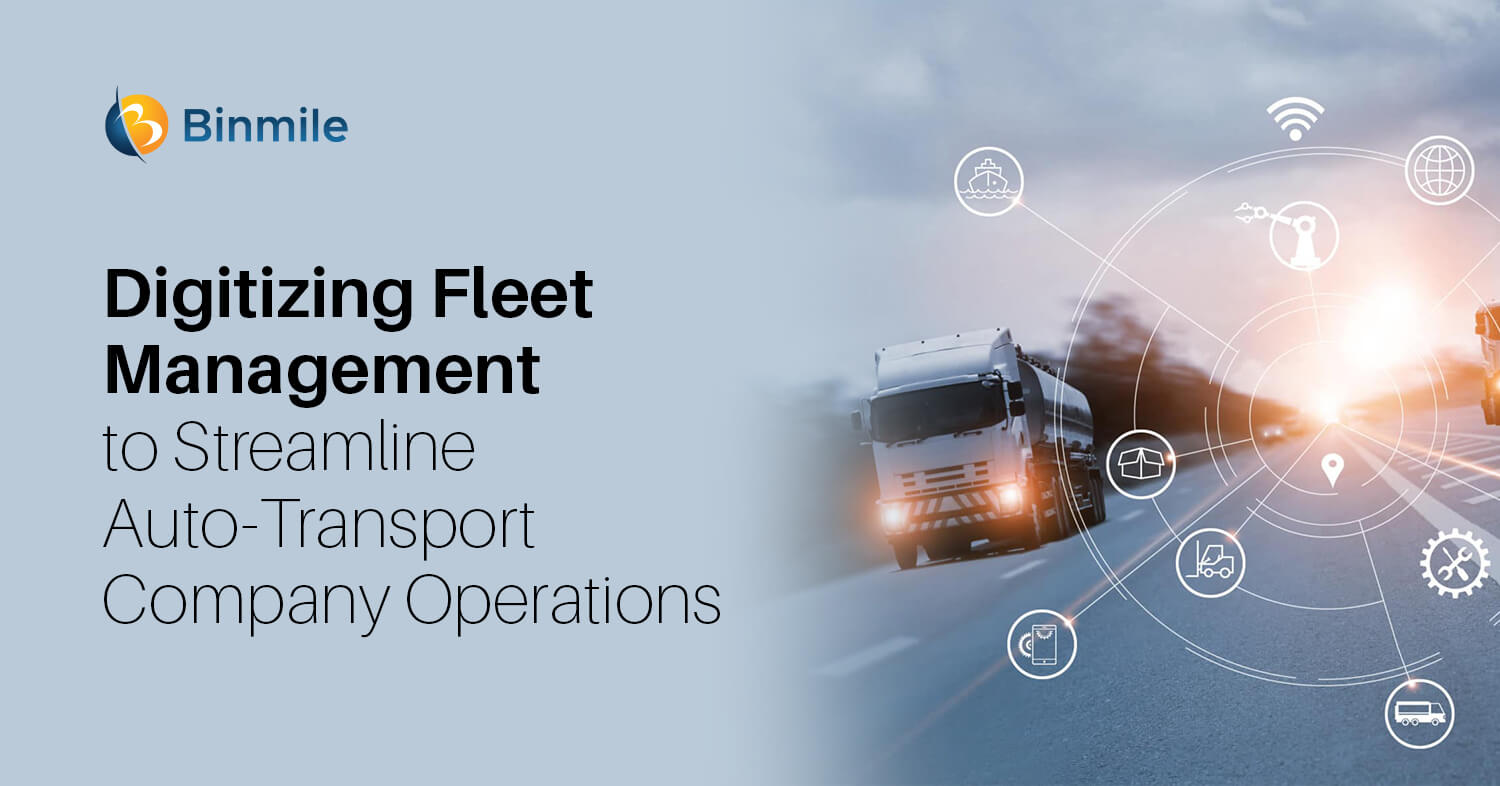 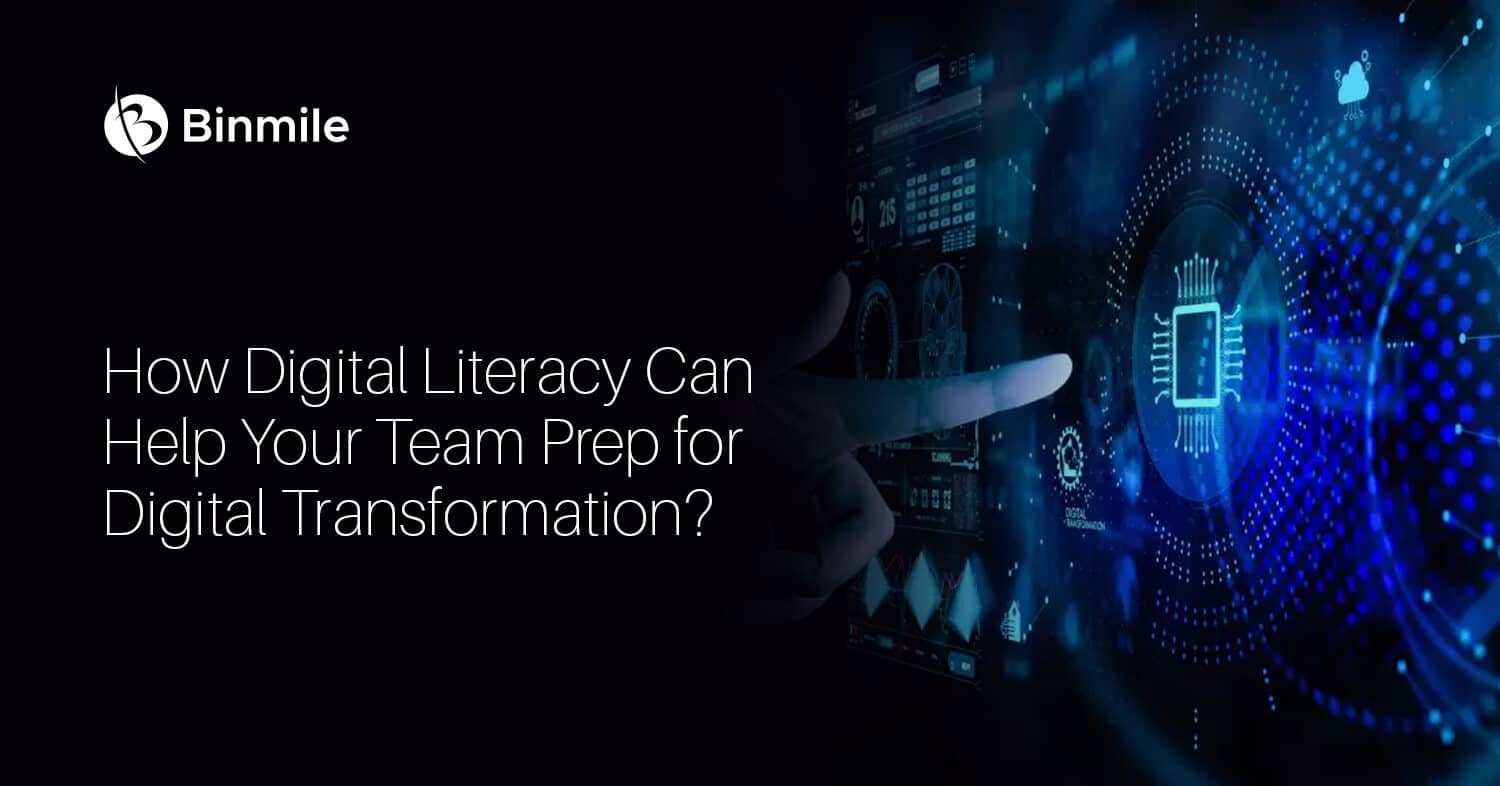