Flutter vs React Native: Ideal Framework for Your Next Mobile App

It is always hard to pick the most useful web and mobile app framework that conveniently helps you fulfill all business and technical needs. Flutter vs React Native has been a healthy debate among developers interested in saving their time and efforts. Let’s understand both framework types and differentiate them for a proper selection.

Running on JavaScript, React Native is a famous open-source framework that focuses on the native rendering of apps compatible with Android and iOS. The framework is written with JSX, an amalgamation of JavaScript and XML -Esque markup. Backed by Facebook, this framework is being handled by more than 50 dedicated engineers. Popular apps like Bloomberg (Streamlined content with automatic code refreshing features), Facebook (Mobile UI with simple navigation), Instagram (WebView implementation without building navigation infrastructure), SoundCloud (Bridged the time gap for iOS and Android), Walmart (Smooth in-app animations), and Wix (Configurable navigation development) are made with React Native.

Surveys from the popular market research company Statista show that about 42% of developers used React Native framework to develop cross-platform apps. According to Stack Overflow, about 11.5% of developers like to go with React Native due to its libraries and native tools and libraries, the Q/A website for programmers. The website also states that about 8.5% of the developing communities have shown their love for using React Native. 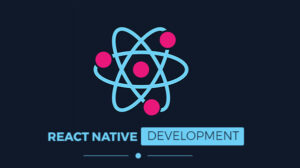 Use cases of React Native

Statista survey reports that about 39% of developers go with Flutter to build cross-platform mobile apps at the global level. StackOverflow states 68.8% of the developing community love to use Flutter. Due to the popularity of libraries and tools, 7.2% of the community chooses the framework: Flutter.

Use cases of Flutter

React Native vs Flutter: From Perspective of a Developer

Flutter and React Native frameworks have their own pros and cons. When it comes to picking any one of them, developers can assess both frameworks on the following points.

React Native (RN) uses JavaScript language to build cross-platform mobile. Lots of companies have utilized RN as a no-brainer due to its unique features and added benefits. It can be good and bad for development needs simultaneously. Flutter uses the syntax of the Dart programming language and easy-to-follow documentation that are easy to understand for Java developers. It also supports many object-oriented concepts. The React Native framework is easy to adopt. Dart also has unique features, but developers use it rarely. Here, RN has an edge.

Flutter has a great build automation tooling to create the binary for the app. Flutter is officially documented and can be used to deploy apps from the command line. Contrary to it, RN apps lack support for the CLI tools. These tools are supported for build automation officially. But it has a manual process for app deployment from Xcode.

Launched in 2015, RN has gained popularity. Now, it has an RN community and resources. On the other hand, Flutter is relatively new, but it has a rich set of testing features. Still, Flutter runs behind RN in terms of community support.

RN is suitable for skilled developers who know how to make the most of cross-platform app development. Hot reload features of RN helps developers save time while making the UI changes. But, Flutter can be easy for all developers with a hot reload feature. RN is a mature framework, and it offers excellent developer support. When it comes to developer productivity, Flutter needs to grow up.

Flutter apps are easy to set up on CI/CD services with the help of strong CLI tools. The rich command-line interface of Flutter allows developers to set up CI/CD pipeline easily. On the other hand, RN doesn’t need any official documentation to set up CI/CD.

RN architecture largely depends on and uses JS runtime environment architecture or JavaScript Bridge to communicate with native modules. RN uses Flux architecture from Facebook. Flutter uses the Dart framework that has Skia C++ engine to develop mobile apps. It has everything that you need for the development of apps in the engine itself. Flutter engine hardly needs a bridge to communicate with native components. On the other hand, RN uses the JavaScript Bridge for the same communication, resulting in poor performance.

There are a few unit-level testing frameworks available in JavaScript framework. RN doesn’t have any official support for a few testing types. Flutter has great documentation on Flutter app testing. Moreover, it has a rich set of testing features. 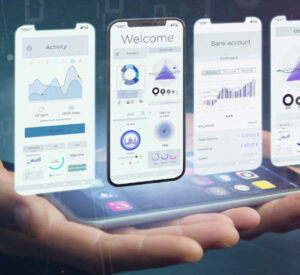 Flutter vs React Native: Right framework for your next project

A competent and skilled mobile app development company can help you get the best out of the two most competitive frameworks. Going with a particular framework among so many available options is not easy. Here, you need to make a decision and go with Flutter vs React Native as per your changing business needs.

Flutter makes a big difference when it comes to creating multiple iterations and MVP apps. Go for this framework if you don’t need full native functionality. Companies with a tight budget and delivery deadline can adopt this framework. It is good to deploy and write codes faster. It brings development costs down with a single codebase option. This framework can do wonders if you need an app that performs at high speed. Moreover, you can have customized UI with widgets with Flutter.