What are Native Applications?

A native app is an application built using the programming languages and tools used to build apps for a specific operating system and device. This means that a native app uses code designed for a particular platform to run on that platform. For example, an app built for Android would use Android-specific programming languages, tools, and APIs to build the app. Native apps generally perform better and require less memory and storage space than their cross-platform counterparts.

Let’s look closely at the pros and cons of native applications.

1. Suitable for both online and offline usage

Over the past few years, we’ve seen increased growth in cross-platform mobile app development. Developers have benefited from such transactions because it has accelerated the deployment cycle of the applications to numerous customers on several platforms.

One of the best features of a native app is the option to run them both with and without an internet connection. Therefore, they are ideal for integrated systems, teams, and remote workspaces. Having an always-on and stable internet connection or necessary infrastructure is not always feasible, an issue that has been resolved via native applications.

Other than workspaces, offline applications are critical for mission-specific tasks like healthcare, banking, or security systems.

Native apps offer a better user experience than a hybrid application because they are way more familiar to a user. Various design specifics are observed that help make an application stay true to the platform. For example, various iOS applications have a hidden search bar feature from a top-down swipe that may not be visible on other android applications. Though these minor features may not necessarily impact an application’s functioning, they do, however, significantly impact the overall user experience of the application.

Another point that adds to the exceptional user experience shared by the native applications is its connectivity to the system hardware. Such connectivity ensures the underlying OS allows direct access to the device functions like the camera, GPS, #D graphics, etc., that aids in easy app navigation.

Basic safety measures that control easy access to your accounts on various apps, like biometrics or two-factor authentication, are effective ways to deliver secure apps that can be easily achieved via native applications.

Though native apps come with their own set of vulnerabilities, the options available to handle such threats are way better than those of a hybrid application.

Native apps run much faster than hybrid applications and deliver better application performance.
Hybrid apps are essentially just native apps with websites on top of them. The webview, a unique component, is used to accomplish this. With the help of this webview configuration, hybrid apps run pretty slow. There will always be a delay because every command in a hybrid program must pass via this additional layer.

Native apps, in contrast, operate directly on top of the OS. They also utilize the primary programming language and APIs of their respective platforms. As a result, the speed and effectiveness of code executions and API calls are optimized.

About the complexity of an app, development teams will usually encounter fewer bugs in a native application compared to a cross-platform app. Implementing new features or fixing bugs require separate coding that may be tiresome and eventually introduce more bugs into the codebase.

Various tools are time and again used to fix such issues. However, they can never show results like the 100% native application. To make each software version work on its platform, you still need to go in and make adjustments, which adds yet another opportunity for human errors.

In other words, while cross-platform technologies aid in easing the issue, they do not entirely solve it. Therefore, native applications are much more bug-free and secure than their cross-platform counterparts.

Though beneficial, native apps come with their own set of challenges that must be considered while choosing which application type to pick for efficient mobile application development. Let’s have a look at them one by one.

On the other hand, maintenance of a native app is a separate cost altogether. About 15 to 20 percent of the cost of developing an app goes toward maintenance. For instance, a basic native app that costs $25,000 will require roughly $5,000 in upkeep, which can be a challenge for many developers.

2. Native applications are not a one-stop solution

Though speed and exceptional user experience are some of the most striking features of a native app, it’s mostly accompanied by high maintenance costs, development costs, and a lengthy development process that may be a major challenge for many business owners. Companies with fewer funding opportunities or shorter timelines may be forced to look for alternatives.

In case of a new update or bug fix, developers must first submit their updates to the app store and then wait for their users to update their apps to the latest versions.

Alternatively, users who don’t upgrade their apps often stop using them because of unresolved bugs. This could be either because they didn’t notice the updates or didn’t have adequate storage space in their devices. In either scenario, companies often risk losing their clientele because of their dependency on the end user’s correct usage of their application.

Now, let’s move further and look closely at the basics and pros and cons of cross-platform application development.

What are Cross-Platform Applications?

Cross Platform application development involves creating a single program that can run on various operating systems instead of creating separate app versions for each platform. These applications are driven by the need to create software that functions well in multiple digital environments that help sell software to a more extensive customer base and increase visibility.

Let’s look at the pros and cons of Cross-platform application development.

Working on cross-platform app development allows you to release your program on numerous platforms quickly. For all systems, the source code is created only once. As a result, you may launch and update the product using a range of cross-platform development tools, negating the need to recruit different software development teams for each platform.

You have the chance to reach a wider audience by developing cross-platform applications. How so? Consider this: A broader audience can utilize your app if it is compatible with other platforms and operating systems. It’s a terrific approach to increase your exposure while taking up less time and effort.

Instead of writing unique scripts for each platform, only one script needs to be deployed. Everyone, from the development team to marketing, benefits from the tremendous acceleration of development and reduced time to market.

Updates are simple and convenient for cross-platform programs because they are internet-based. There is no need for users to download individual upgrades, which would need the upkeep and support of several app versions. All app users receive automatic updates to guarantee they always have the most recent version, which enhances the app’s functionality.

The benefits listed above all result in significant financial savings. Your time-to-market for each platform is quicker with cross-platform development’s increased development speed than if you had to start each app from scratch. This implies that you can accelerate the revenue generation process for your product. Over time, you’ll save a lot of money by not having to hire a software development team for each platform release.

The most critical feature for any application is performance. Various factors determine it, but generally speaking, if you compare two applications with identical functionality—one native and the other cross-platform—the native one will be a little quicker. However, these performance variations are typically negligible, particularly for straightforward applications.

Cross-platform programs must modify their interface and functions to account for the many variations across platforms and particular devices. As a result, it adds to the workload for developers who must manage certain exceptions for various platforms and device variations, particularly with more intricate features. Native apps don’t typically have these obstacles, allowing developers to concentrate on resolving user issues.

It takes time for applications to be updated to support new features that Google or Apple release for Android or iOS. New SDKs are made available with updates for native apps much more quickly than for cross-platform frameworks.

There are various benefits and drawbacks to developing native and cross-platform apps. As a result, the individual business requirements must be considered before choosing an app development framework, keeping the present and future in mind. The best user experience, performance, security, and speed are essential. This article should help you choose the best approach or at least guide you in the right direction. Alternatively, outsourcing your development needs to a mobile app development professional can help you save time and increase the efficiency of your tech teams. 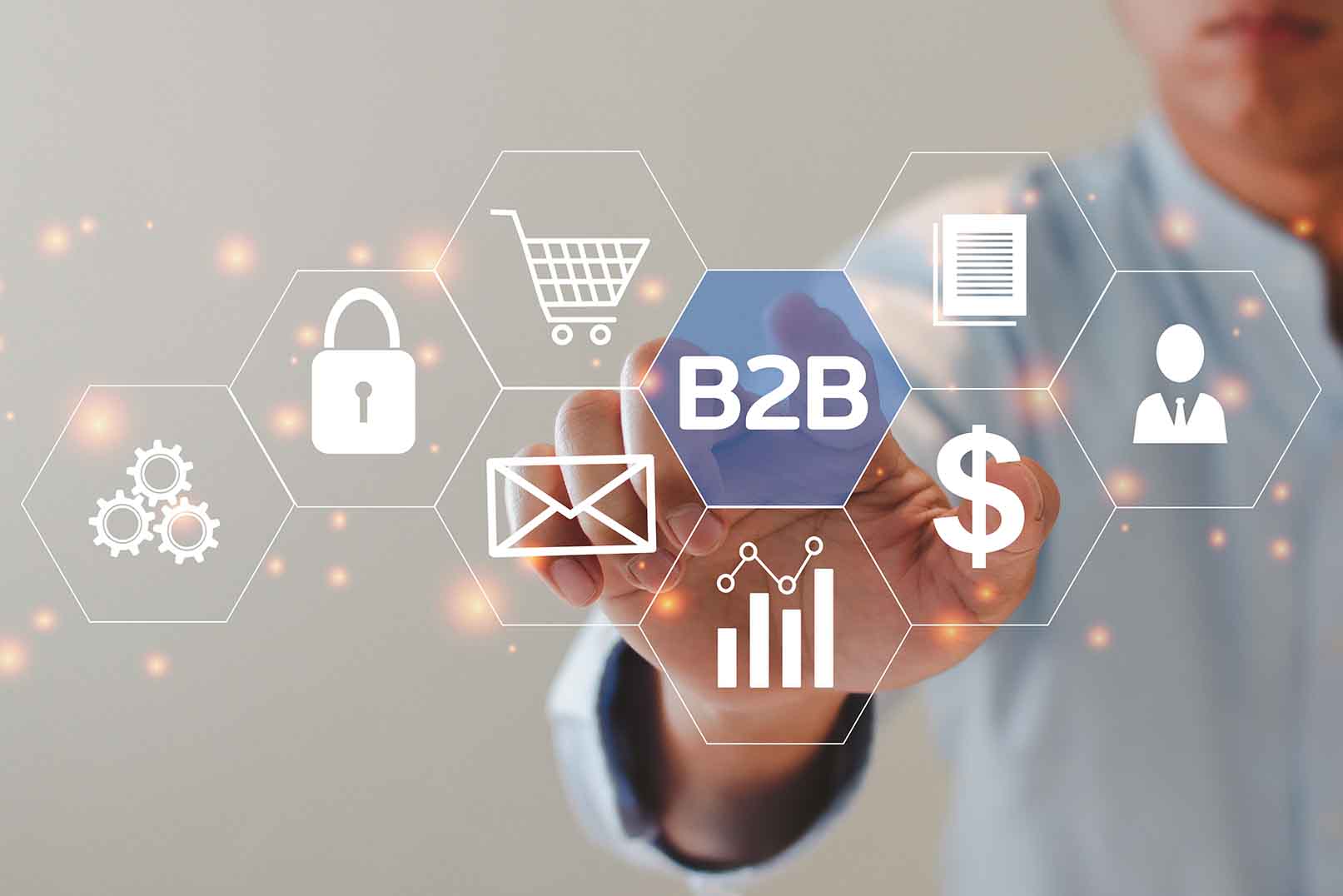 A Brief Guide to Making Your Supply Chain Smart

This website uses cookies to improve your experience while you navigate through the website. Out of these, the cookies that are categorized as necessary are stored on your browser as they are essential for the working of basic functionalities of the website. We also use third-party cookies that help us analyze and understand how you use this website. These cookies will be stored in your browser only with your consent. You also have the option to opt-out of these cookies. But opting out of some of these cookies may affect your browsing experience.
Necessary Always Enabled
Necessary cookies are absolutely essential for the website to function properly. These cookies ensure basic functionalities and security features of the website, anonymously.
Functional
Functional cookies help to perform certain functionalities like sharing the content of the website on social media platforms, collect feedbacks, and other third-party features.
Performance
Performance cookies are used to understand and analyze the key performance indexes of the website which helps in delivering a better user experience for the visitors.
Analytics
Analytical cookies are used to understand how visitors interact with the website. These cookies help provide information on metrics the number of visitors, bounce rate, traffic source, etc.
Advertisement
Advertisement cookies are used to provide visitors with relevant ads and marketing campaigns. These cookies track visitors across websites and collect information to provide customized ads.
Others
Other uncategorized cookies are those that are being analyzed and have not been classified into a category as yet.
SAVE & ACCEPT